Profiles in Courage and Leadership — Or Things the President is Not

Real leaders are capable of humility. The posers must show strength at all times, because they are still trying to convince themselves. 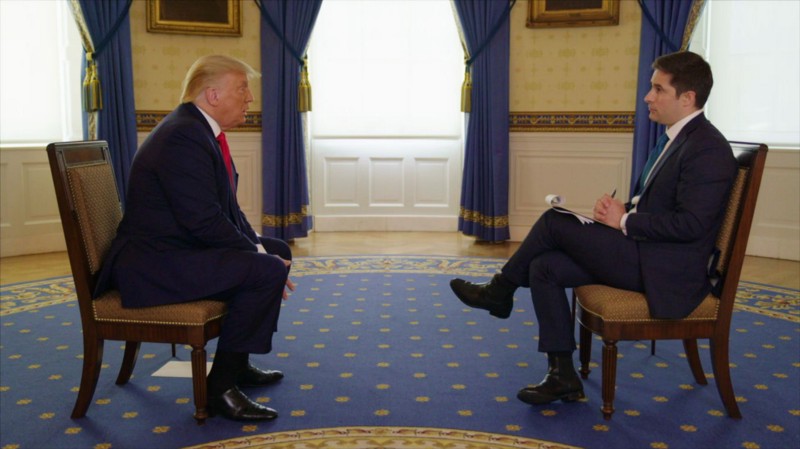 The president’s sole focus should be on the real crises driving this country apart. These include the COVID-19 pandemic, racial tension, and the worst economy in a generation. Each of these crises would try any administration on their own, but together they are a disaster. If Trump appeared earnestly focused on leading us through these three crisis, and not on their political implications, the public would be in general very forgiving and understanding.

But he has not done this.

The infamous Axios interview is an exclamation point in the story of the Trump presidency, and his inability to lead a large and diverse nation. In it, we see a man singularly focused on himself, who can not give a straight answer or one that does not use the word “I”. The fact he seems to remember the most vividly is the margin of his electoral vote victory in 2016.

When questioned about the COVID-19 pandemic in his recent interview with Axios, President Trump cannot recall basic facts, and the charts he produces to back up his claim that the United States is “last in many categories” do not in fact do so. In fact, he scrutinizes them as if he was seeing them for the first time. From the beginning, the President has treated the pandemic as a primarily a public relations problem. He wanted to put a positive spin on things, and inflate the public with false hope that we were just about to turn the corner and that no significant action on any individual’s part, or his administration’s, is necessary. In the interview, he claims that:

“Those people that really understand it … they say it’s incredible the job that we’ve done.”

But many state governors, the officials most directly responsible for dealing with a public health crisis, and who have dealt with the president directly behind closed doors, find the administration’s response less than adequate. In an op-ed published by Maryland governor Larry Hogan in the Washington Post, the President has clearly not been on top of managing the pandemic response. Mr. Hogan says:

“I’d watched as the president downplayed the outbreak’s severity and as the White House failed to issue public warnings, draw up a 50-state strategy, or dispatch medical gear or lifesaving ventilators from the national stockpile to American hospitals. Eventually, it was clear that waiting around for the president to run the nation’s response was hopeless; if we delayed any longer, we’d be condemning more of our citizens to suffering and death.” 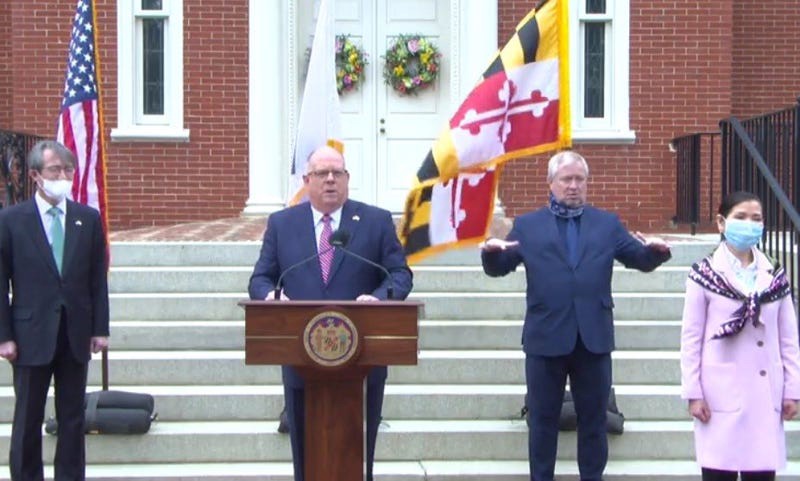 This is the most vehement expression of a theme we’ve seen from many governors, including Governors Cuomo and Whitmer of New York and Michigan respectively. Other Republican governors, with a history of publicly supporting the President on many issues, have been very muted in their response to his lack of one. Someone earnestly leading us through this crisis would not be receiving this rebuke.

Turning towards another major crisis, race relations, his statements only inflame tension and division. Referring to John Lewis, he focuses most intently on the snub of his presidential inauguration. Not even death can end his grudge. And his failure to acknowledge Mr. Lewis contributions to the civil rights movement shows how tone deaf he is. Then, he turns the discussion again to himself and his supposed contributions, claiming that:

“I did more for the Black community than anybody with the possible exception of Abraham Lincoln, whether you like it or not.”

And he does not even definitively say that Lincoln, the president that emancipated the slaves and led this nation through a civil war, did more for the black community.

His focus with respect to race relations has been to stoke division for the benefit of his political fortunes. Instead of focusing on possible bi-partisan reforms to address the concerns of the Black Lives Matter protesters, his response has ranged from dismissal to gas-lighting, saying we should be more concerned about self-proclaimed “anarchists” and rioters, even though both groups make up a very small percentage of the protesters and whose demand are easily filtered from demands for substantive reform of law enforcement. Anything to inflame his base, and to keep from doing anything that might anger them in the slightest. 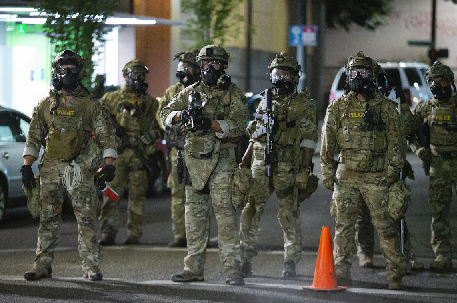 The substantive response of his administration has been outright malicious. Never before would any of us expect that, in this country, unidentified officers could throw protesters into unmarked vehicles and detain them without reading them their rights, or explaining the crime they were being held for. Additionally, he has illegally detained these protesters until they agree to a court mandated release on the condition that they waive their First Amendment right to protest. This behavior by federal law enforcement completely violates the Bill of Rights. But it seems violations of the rights of those not within his political coalition, including systemic abuse by police, is not too great a concern for him. In fact, it should be encouraged if it galvanizes his base.

Before the pandemic hit, the United States economy was doing as well as it had in a generation. We were effectively at full employment, the stock market was flying high, and wages were rising. Which made the economic downturn that resulted from the pandemic much more jarring. It would seem that this downturn was inevitable, but again it can be traced back to the lackadaisical response of an indifferent administration.

Early on, Trump’s focus was on maintaining a positive outlook on everything to avoid any interruption of the economy. But this spilled over into his administration’s actual, behind-the-scenes response. The only action they took were one’s that would be well-received by his base: travel bans on Europe and China. Though these specific actions might have been necessary, and had an economic toll, it was not coupled with any mitigation efforts domestically, or with the acquisition of PPE supplies. His administration publicly downplayed the threat of the virus.

Other countries who were proactive in the their response, like Japan and South Korea, were able to mitigate the contagion without enforcing lock-down measures. These lock-downs were the true culprit of the economic disaster that unfolded. Estimates of GDP for Q2, the time period from April through June that saw the imposition of lock-down measures nationwide, indicate a contraction of over 33%, a percentage decline never seen in any quarter in American history. It became illegal for many business in the service industry to operate, for “non-essential” employees to work, or for people to gather in large groups. Many of these businesses will have to close their doors forever.

A coordinated response by the state governments, health officials, and the federals government could have prevented this. Early on, the Trump administration could have acknowledged the magnitude of the potential crisis, informed the public of this, and presented them with a set of guidelines to follow without the need to impose strict measures. These would have included the wearing of masks and PPE, social distancing when indoors, limitations on gathering sizes, and a national testing and tracing program utilizing smartphones, phone carriers, and an optional opt-in. Strict lock-downs and quarantines could have been confined to only those that tested positive, and those who had been in contact with them. The administration could have also encouraged those most vulnerable to the virus, the elderly and immuno-compromised, to stay home unless absolutely necessary.

But this was a coordinated response out of reach by a President obsessed with his image. If he were wiser and had more foresight, he would have understood that being direct with the public would have produced a better political result. But he is neither, and predictably there was no significant response, or any acknowledgement of a problem, until a pandemic was already here.

The country is burning, and the President seems incapable of at least containing the flames. He is in fact stoking them in many ways. At the very least, he could show compassion for those affected by these three crises, and help the country achieve some semblance of unity for this trying time. But he ignores the plight of black people and how their concerns about mistreatment at the hand of government are often ignored. He ignores them himself, and implies “they” are the problem. He ignores the gravity of the COVID-19 pandemic, treating it as a personal public relations problem that would just go away if we all chose to ignore it. And he has left all those in hardship due to a disastrous economic downturn to fend for themselves, unable to propose a comprehensive plan to give the support needed by those unemployed and out of business as a result of the lock-downs. 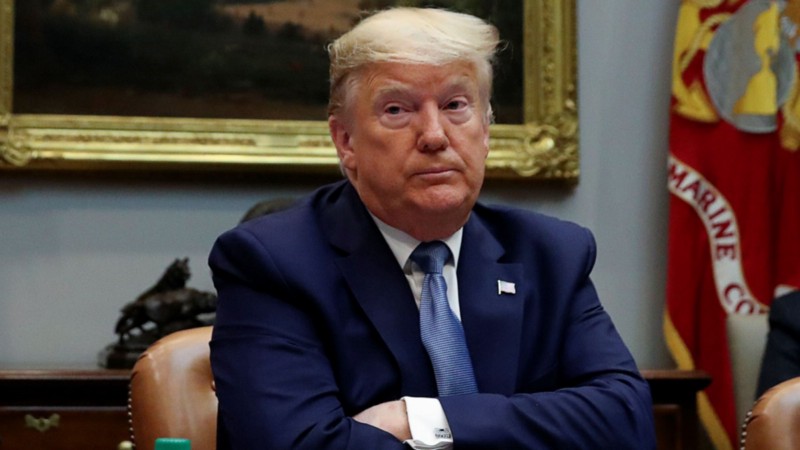 A leader always takes accountability for all decisions. This “leader” does not do so, and his inability to take responsibility for anything is not just an inconvenient quirk of his personality, but a fundamental character flaw that is leading this nation towards disaster. He focuses on flags at sporting events, which brands of beans to endorse, and as of today, whether his opponent in the 2020 election is sufficiently supportive of the Bible. But the show can not go on, and his attempts to deflect from the fire burning around him is now so obvious and delusional that its almost comical.

President Trump has made a habit of praising his book Art of the Deal, but he would be well-served to follow his own advice:

“You can create excitement, you can do wonderful promotion and get all kinds of press, and you can throw in a little hyperbole. But if you don’t deliver the goods, people will eventually catch on.” — Art of the Deal

Let’s hope they’ve caught on, and will act accordingly on November 3, 2020.