The Trump Myth has Been Busted

He was a savior for a past America

The way his supporters cheered, you would have thought he was some great hero from the past. The heart of the Trump myth was that he was some political warrior who would rescue the country from a corrupt establishment and the evil liberals who wanted to destroy it. It was a battle for the soul of the country. Civic virtues like kindness, grace, and dignity would only be obstacles to defending American life from invading progressive hordes. What they wanted was someone unforgiving, someone who would win at all costs, someone who would fight nasty if necessary.

What they didn’t count on was the backlash. That if you tear down the guardrails, you open yourself up to counterattack. One side showed itself willing to take to the streets, to destroy property, to confront law enforcement. The other side did not. They meekly stood aside, stayed in their homes, and vicariously let out their anger through the mouths of cable news hosts. The other side did not contemplate the consequences of their actions, only that they were mad as hell and something had to be done. But by someone else.

He barely won. They tended to forget this fact. If Trump’s 2016 opponent had made a few trips to Wisconsin, Michigan, and Pennsylvania, she would have maintained the “Blue Wall”. Even so, she lost by razor thin margins in all three states. Victory is victory, but they overestimated their mandate. They overextended, they fought on too many fronts, and forgot that this time their grievances were only felt by a minority. The independents had grudgingly aligned with them, or stayed home on election day. Their best course to hold power would have been compromise, but they chose confrontation. They didn’t see the political winds blowing in their face. 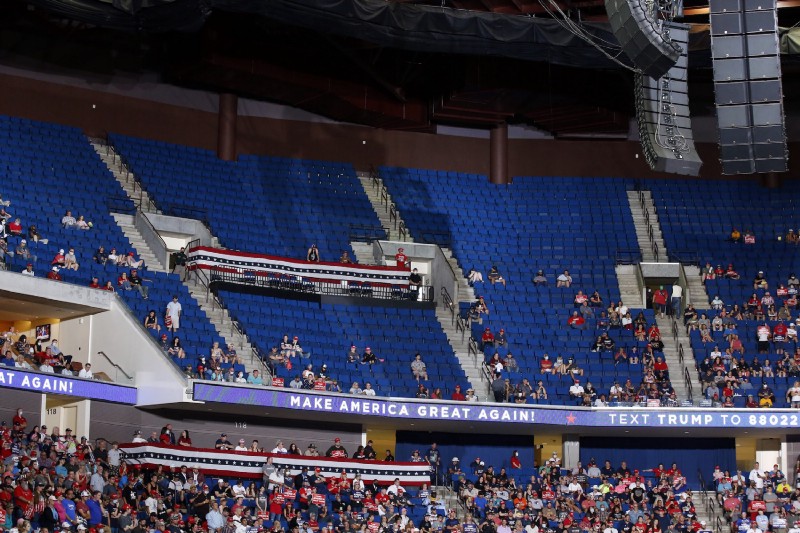 As a totem of grievance and self-absorption, Trump was perfect. He attacked, counterattacked, and misdirected with glee. He had obtained this role as the warrior for a past America through managing his image, by appearing on talk shows, charming their favorite media figures, and by talking tough, or at least appearing to. But the office he sought, and they elected him to, was not one for this approach. A president who should be of all the people acted as one for a faction of the people, one that was not a majority. And then disaster struck. As if it was punishment for their lack of discernment and absorption with their grievances, a storm came in the form of a plague. Tough talk doesn’t make a virus go away. And management of the response of the most powerful government on earth is not for the narcissist.

They threw their tantrum and let out their rage, and the consequence was division, destruction, and disaster. It seems that fear created the very circumstances that were feared, a self-fulfilling prophecy, and the man they elected to fight their imagined battles created very real battles for them to face by his focus on the imagined fights. And so the qualities he projected to fight the former were shown to be a smokescreen by the latter. A smokescreen for a charlatan feeding his own ego at the expense of all else. This is what half the country feared in the last election, and what now a majority see to be true. He was not a defender of those who put their trust in him, or of the country, but a defender of only himself.